The Hub for the Exchange of Music Innovation (HEMI) is an initiative of 10 music organizations from Central and South Eastern Europe (CSEE), co-funded by the Creative Europe Programme of the European Union for 5 years (2020-24)

In a very competitive and globalized market and a period dominated with troublesome news, partners from Czech Republic, Estonia, Greece, Hungary, North Macedonia, Poland , Romania, Serbia and Slovenia have joined forces to support the creative, networking and business needs of Artist and Music entrepreneurs of the region.

Developed as a Cluster, the partnership which includes Public and Private organizations, Associations, Festival and Conference Organizers, Export Offices and a Music Business school, aims to create a sustainable “Music Hub”  with the objective to:

HEMI is a project is co-funded by the Creative Europe Programme of the European Union for 4 years (2020-2023).

Creative Europe is the European Commission framework programme for support to the culture and audiovisuals sector. More about Creative Europe

The Technopolis organization has implemented over 150 different projects in the last years, campaigns and other activities.

Besides the Athens Technopolis Jazz Festival and Athens Music Week, Technopolis organizes around 50 festivals, events and meetings, and co-produces around 30 large scale events and fairs annually.

It undertakes large scale activities in the field of music, cinema, arts and crafts, incentives, fairs and exhibitions, as well as smaller activities dedicated to cultural and social cohesion.

The school provides several courses, with then main focus in music management, sponsorship and communication, the live music industry – festivals and the digital music distribution.

Our school has four permanent members under agency contract and roughly 30-40 guest performers, who are music business professionals from Hungary and abroad.

More than 200 students have participated in our courses in the past 10 years, and more than 60% are working in the Hungarian music business.

They are music managers, publishers, stage managers or tour managers. 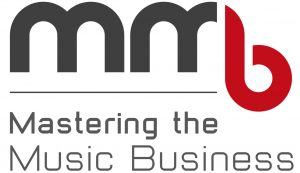 RAW Music is the NGO organizing the international conference & showcase festival Mastering the Music Business (MMB). MMB has become the leading international music business event in Romania and one of the most relevant in Europe.

In between the annual conference editions, we are organizing several workshops (about music & instruments, music production, music business etc).

RAW Music is also performing as an export office for Romanian artists, facilitating connections of the Balkan region with CEE countries and professionals shows in major European music events such as Nouvelle Prague or BUSH showcases.

EXIT Festival in Novi Sad is one of the biggest and most prominent music festivals in the world, taking place every July for four days, at the medieval Petrovaradin Fortress, with more than 1,000 artists who play on over 40 stages and festival zones, before more than 200,000 people.

CNN, The Guardian, BBC, New York Times and other leading international media praise EXIT as one of the leading music festivals in the world. For the years 2013 and 2017, EXIT won The Best Major European Festival award, which is the most influential festival title on the continent.

Additionally, in 2007 EXIT was voted The Best European (Overseas) Festival at the UK festival awards.

EXIT Festival has been awarded the Best European Summer Music Festival for 2016 by European Best Destinations, and in 2019 World Atlas, put EXIT as #1 among the 7 biggest music festivals in the world, together with British Glastonbury and Brazilian Rock in Rio.

The festival was founded in 2000 as a movement for freedom in Serbia and peace in the Balkans.

Its mission statement has been clear from the beginning – to achieve social change through the power of music.  EXIT has been active in supporting the development of the festival industry in the Balkans and is a full member of the European Festival Association.

After more than a decade of continuous development, being one of the most important music festivals worldwide, with the strength of a well-established brand, since 2013 all conditions have been met, so the clearly defined, planned and long-term focused pursuit of social activism could start.

Using the power of EXIT brand, the most popular brand for youth in the region, the mission of EXIT Foundation is its own positioning as a leader in mobilisation of public opinion and decision makers in the areas of youth development, peace promotion, creative industries, environmental protection and destination branding. Together with an exceptional team of experts, Foundation EXIT connects, develops and delivers large networks of public, organisations, entrepreneurs, companies, policy makers, and governments, not just locally or regionally, but internationally as well.

As a result of dedicated activism and continuous work, comprising over 1000 activities, actions, campaigns and projects, the symbolic culmination of socially responsible activities, was the selection and declaration of the City of Novi Sad as the European Capital of Culture in 2021, and allocation of the prestigious title European Youth Capital 2019, due to the initiative and work of the team of the Foundation EXIT.

It also produces Tak Brzmi Miasto a conference & showcase festival with main focus is on the training part.

Many artists performing at the showcase part have now successful careers and have played the biggest Polish festivals such as Open’er, Off-Festival, as well as toured the world. 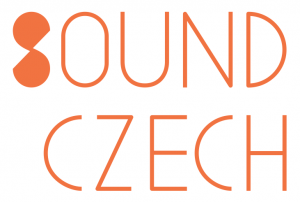 The mission of SoundCzech is to facilitate the development of the Czech music industry in a wide range of genres such as world music, rock, pop, electronic music, hip-hop, jazz, alternative music and other under genres and fusions.

April 2017 marked a turning point in the history of the Czech music industry.

Based on the demands from the representatives of the music sector and an initiative of the Arts and Theatre Institute, an export agency, SoundCzech, was founded with the aim of supporting the Czech music scene locally & globally with a variety of grants, workshops, mentoring sessions etc.

It also organizes local industry meetings incorporated in the Nouvelle Prague conference which it also supports.

SoundCzech’s director is the initiator of the “CEEntral Party” concept events, facilitating connections between countries from the Baltics to the Balkans and professionals’ shows in major European music events such as Eurosonic, Waves Vienna or Reeperbahn, or C/O. Pop showcase festivals.

Kraków Festival Office organizes around 50 festivals, events and meetings, co-organizes around 40 events in the city and cooperates with 400 partners (institutions, NGOs, stakeholders) per year. 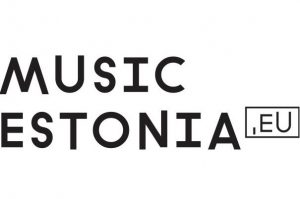 Music Estonia is a music industry development center and export office in Estonia, with the aim to develop the Estonian music industry into a profitable and innovative sector which exports its services, products and trademarks worldwide.

Main activities include providing a unified marketing platform for local music businesses and representing them at sector events globally, constantly developing the international network and collaborations, organizing seminars and workshops, contributing to surveys in the field, participating in international projects and organizations.

Password Production has over 20 years’ professional experience in the domain of music entertainment, event management, and booking.

SIGIC produces, coordinates or supports annually hundreds of Music events, encompassing educational and training activities, and support to festival and conferences or export activities.
As a promoter, a supporter and collaborator of MENT Ljubljana, it supports the first Slovenian music Showcase festival and conference, co-produced by Kino Šiška.
As the national organizer of Praznik glasbe (Fete de la Musique Ljubljana) the Slovenian version of Fete de la Musique, SIGIC operates as the coordinator of Slovenian events for the European Music Day, as it also works as the Slovenian Music Export releasing music compilations of different music genres and present them at renowned European music fairs. 2017 compilation presented at Womex &World music Expo in Katowice 2017.