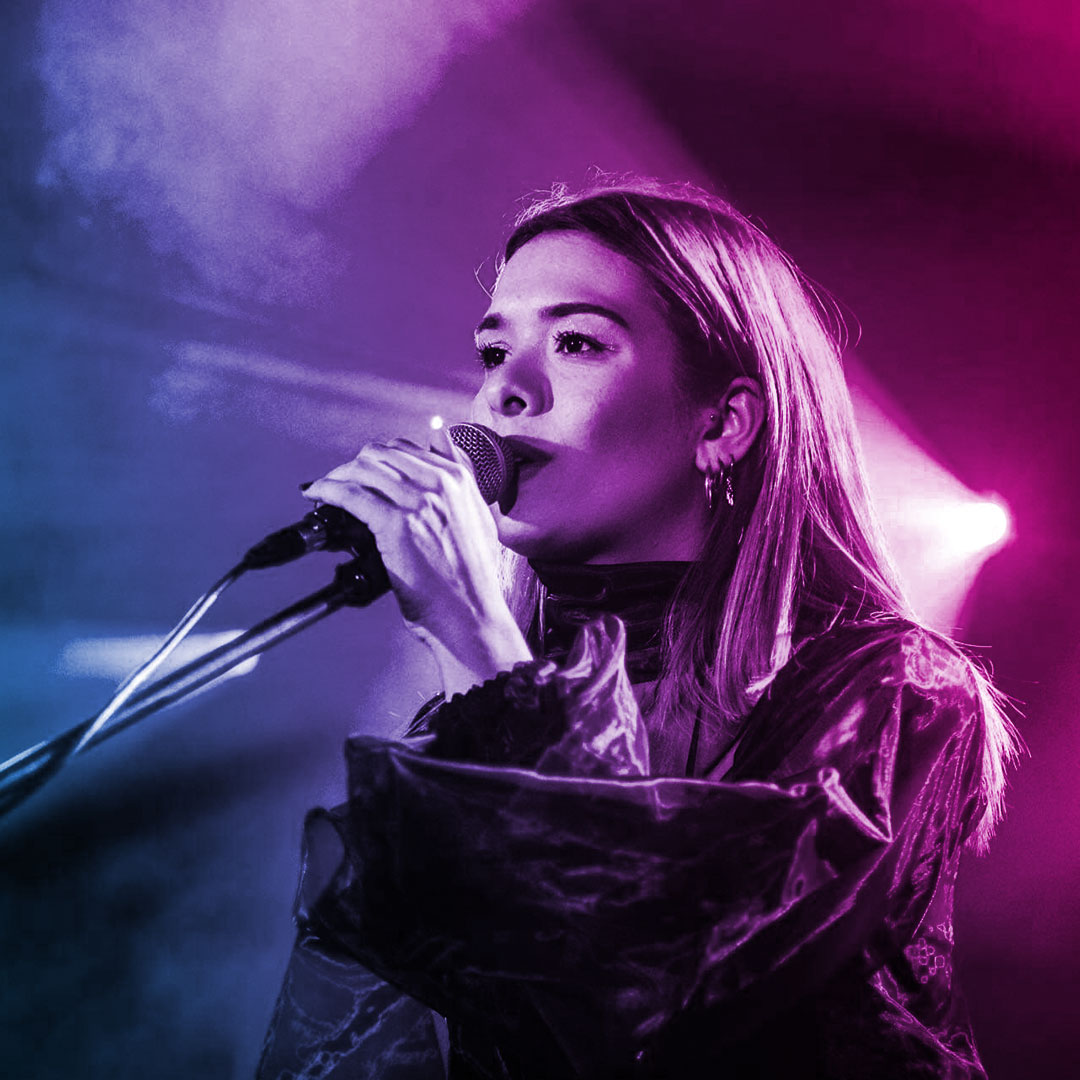 Böbe Szécsi, the Budapest based, 24 year old singer-songwriter was introduced to the Hungarian music scene at quite an early age. Even-though she writes her own songs since the age of 13 she only debuted her solo project as BÖBE back in May 2019 with her pop-ballad, Dïe. In the same year she also released her first music video to her uplifting single, Lovesïck.

BÖBE’s sound is a mixture of mainstream and alternative pop with minimal electronica, minor chords and sub basses. She likes to call it “bittersweet-pop” due to the moody atmosphere that appears in her songs.

Her conceptual debut EP, “Scale Of Tones” was released in February 2020: it contains four songs and each track has its own color that defines its vibe and message the most.  BÖBE is a true DIY artist, she not only writes her own songs and comes up with the visual ideas, she also produces some of her tracks like her past two releases Breakthrough and Fïne, which – out of more than 600 applicants – got into Telekom Electronic Beats Hungary’s 2020 summer mixtape in the Popping category.

Other successes of the project so far include Böbe’s 2020 “Glamour Women Of The Year” nomination as Singer Of The Year and performance at the international Liveurope Online Stream Festival in September of 2020, where Böbe was Hungary’s aspiring performer on one of Budapest’s most famous venues, A38 ship and where she was able to introduce herself to the international music scene.

BÖBE’s also been chosen to be funded by the Hungarian Music Support Program of the National Cultural Fund in the september of 2020 in creation of her debut album and music videos.

BÖBE debuted live in October 2020 as the opening act for Halott Pénz (one of Hungary’s most successful band) on the A38 ship’s main stage.