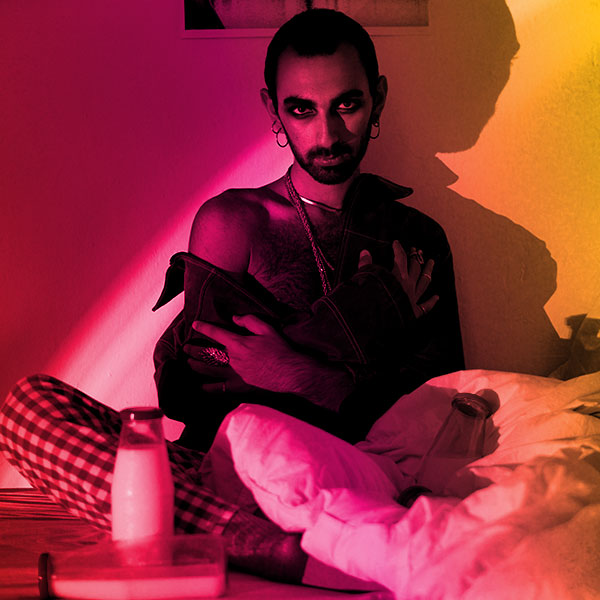 Capétte is a musician from Thessaloniki, Greece.  He is 20 years old and experiments with fusion/weird wave/dark/ queer music with greek lyrics. Antonis started as the singer of an alternative rock band named “Sleeping Bugs” in 2013. Together they released an album and performed in a number of festivals such as Schoolwave and River Festival. In the meantime, he began his studies at the Music Department of Aristotle University of Thessaloniki (AUTh) and started composing academic/ classical/ experimental music. Electronic music is the latest style that triggered him. Capétte’s sound combines academic composing with electronic/dance and greek folk elements.

In many of his songs, he talks about LGBTQIA+ issues and/or other political and social matters. His concerts are performances that use avant-garde weird-wave aesthetics, although vogue elements are still very present.  He released his first electronic music album “Electra” in 2020 as an independent artist. He now collaborates with Vinyl Records Skg, a new record label in Thessaloniki. On December 11th, he released his second album “Moskau” using more natural sounds that blend with electronic glitches and techno aesthetics.