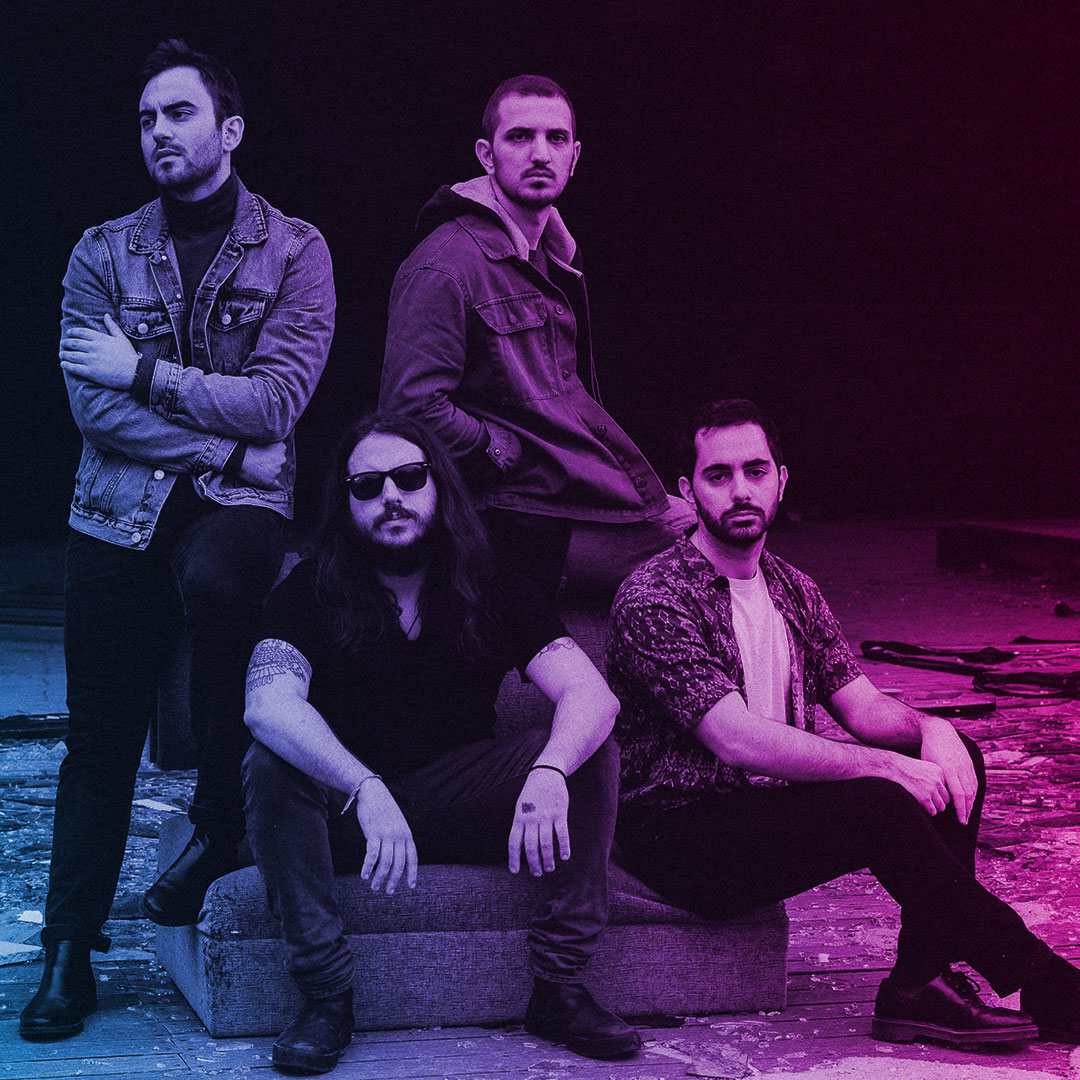 Deaf Radio is a desert/alternative rock band formed in Athens, Greece, in 2015. Their debut album, “Alarm”, was released in 2017 to critical acclaim, as was their sophomore album, “Modern Panic”, which was made publicly available on 15 November 2019.

As chief proponents of hard rock and grievous genre assault, the band has been hailed as one of the most exciting alt-rock bands to emerge from Greece in recent memory. After “Alarm” garnered more than one and a half million streams online and sell-out crowds when performed live, the band’s most recent creation, “Modern Panic”, left no ear unturned with its sprawling and exhilarating style.

Already from the release of the first single “Astypalea” the welcome was very warm, with the song being included in the “Tracks of the week” section of the legendary Classic Rock Magazine and airing on KEXP Seattle, USA. Yet were to come for Deaf Radio; during the first day of the full album release, all the limited edition vinyl records sold-out and, shortly after, the band achieved its biggest sold-out show in their hometown, Athens.

According to Deaf Radio, “Modern Panic isn’t just Alarm’s successor, but a record through which the band’s identity is redefined”. Written between London, New York, Athens and Crete, the changes in the mood of the record are ferocious, while lyrically it reflects on modern society’s issues such as lonerism, homophobia, racism, drug use and social media addiction.

Having shared bills with the likes of The Killers, The Kills, All Them Witches and others and toured Europe in 2017 and 2018, Deaf Radio honed the sound and feel of their music on the road, live and in-person with thousands of fans in over forty different cities.