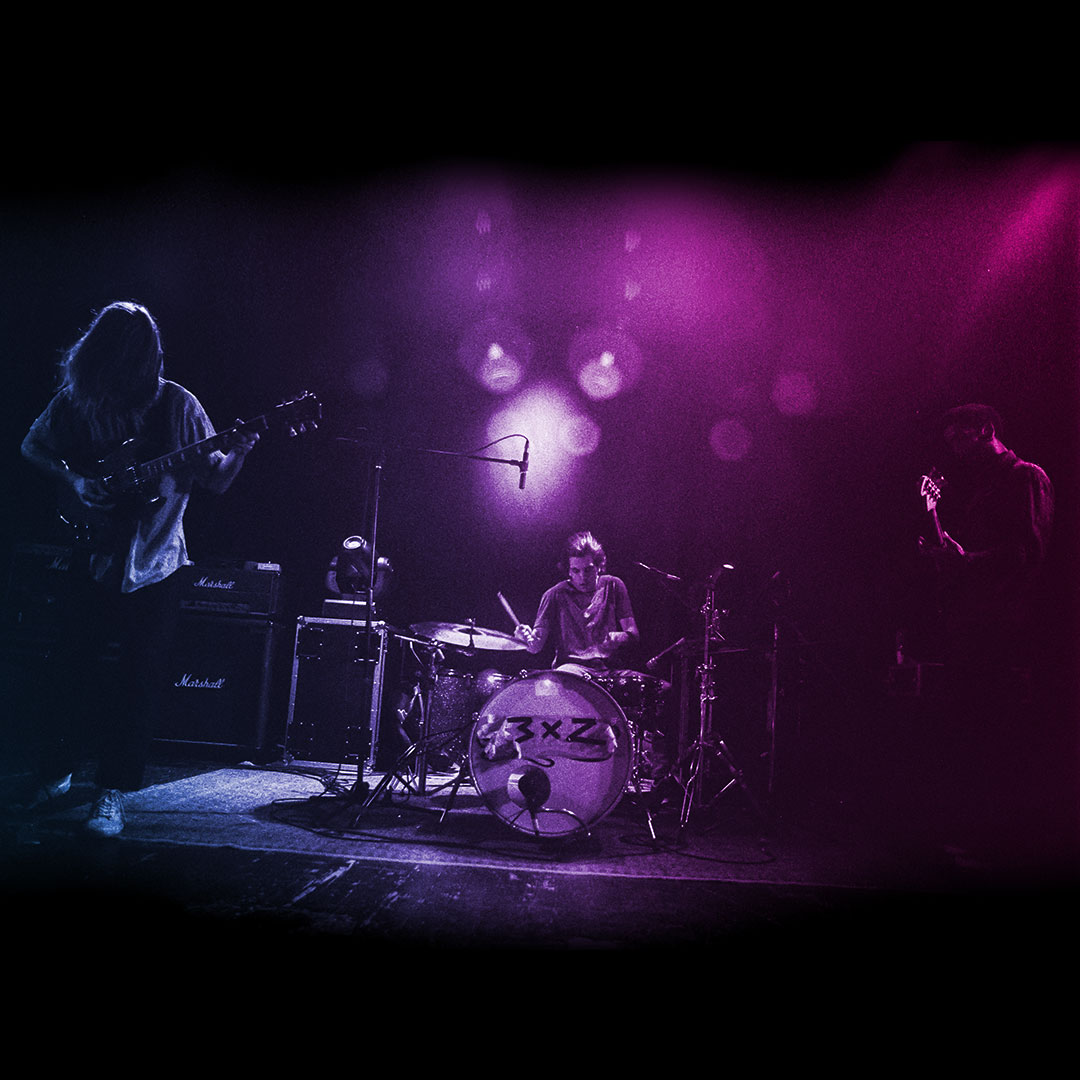 Three young lads coming from new and promising music scene of Belgrade, Serbia. They emerged on the scene with an evergreen hit“Hvala ti što postojiš” quickly starting to win the hearts of the regional crowd. Their shows are characterized by a close dynamic relation with the audience, sing-alongs from the first rows and an obligatory joined bow at the end.

Formed in 2016 in Belgrade, Dogs in Kavala released their first single at the end of the same year. It featured aminimalistic blue cover on Bandcamp and the beautiful rock and roll love song mentioned above: « Hvala ti što postojiš ».

This turned out to be a winning combo as the band immediately started playing shows all over Serbia and then soon Croatia and Slovenia. After this followed a video for another super single called « Boje » (Colors) which set then on a true Yugoslavian mission.

When it comes to travel, being by far the most active Belgrade band of the new generation, Dogs In Kavala immediately started making bonds throughout our region. They played numerous shows in Croatia, Slovenia, Kosovo, Bosnia, Macedonia, Bulgaria and Greece as in Ment, TamTam and Indirekt.

With only one EP called« Tri Pesme » (Three Songs) they’ve already gathered a formidable fan base all around Europe. Dogs In Kavala recorded and mixed their first LP « Zubi » (Teeth) and released it on Krava 22 record label in February 2020. They are currently working on their third album which promises to reach another level in term of production quality.