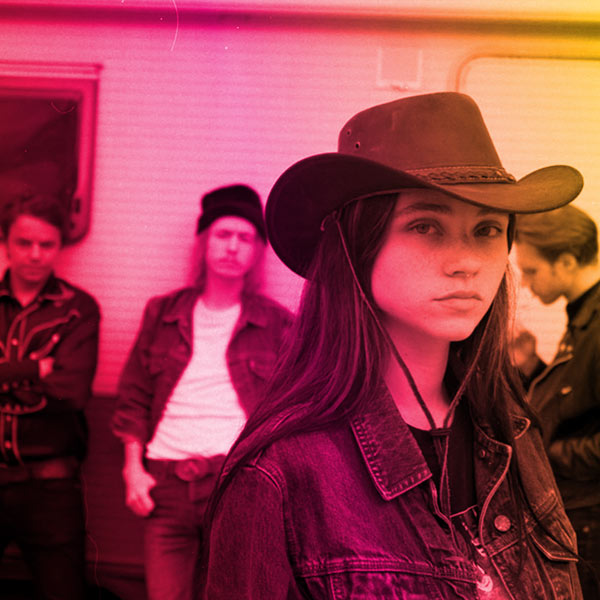 Though their music is often tied to traditions of Americana roots music, Holy Motors hail from Tallinn, Estonia, an incongruence that adds to this band’s endless allure. Their critically acclaimed debut album Slow Sundown put them on the map as an unignorable group of post-Soviet cowgirl/boys making music “that sounds like the old American West” (Fader). What began as a shared infatuation with the American West evolved into a sincere embodiment of that dreamy, melancholy aura, both in their music and persona. Their new album Horse acknowledges these Americana and rockabilly strands in their musical DNA without sacrificing any of the otherworldly mystique that keeps them from neatly conforming to the shoegaze and dream-pop labels often applied to their sound. Their hypnotic force paired with the ability to write music and lyrics that resonate with a deeply relatable feeling of isolation allows them to connect with all sorts of people – from the devoted Western-psychedelia finatic to the dreamer cowboy driving under the stars through wide-open country roads.