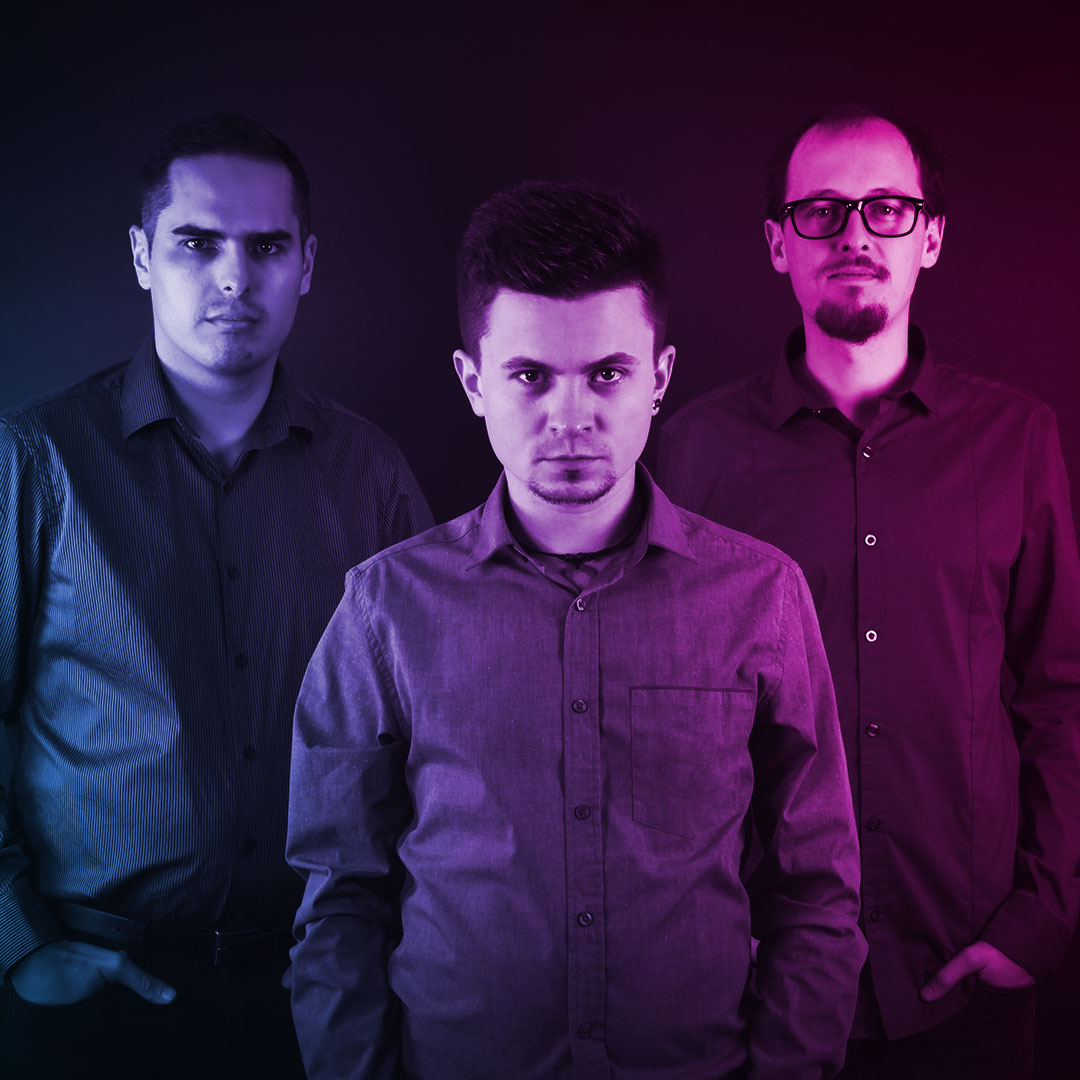 JazzyBIT is a trio consisting of Teodor Pop (piano, keys), Mihai Moldoveanu (bass) and Szabó Csongor-Zsolt (drums). Active since 2012, JazzyBIT offers an energetic combination of jazz and rock, scattered here and there with blues, latin and funk. The group describes its style as being “loud jazz”. It sounds like Hiromi would play with Snarky Puppy, but in a trio.

All About Jazz compares JazzyBIT with the Esbjörn Svensson Trio: “JazzyBIT channeled the successful Esbjörn Svensson Trio combo by bringing a bit of rock attitude to catchy tunes adorned with a melodic lilt. What also caught the ear was their combination of funky rhythms, tight musicianship and witty arrangements.”. The band released the debut album “Touch the Sky” in 2014, followed by the album “Horizon” in 2016.

The band has a flourishing live activity, counting almost 200 concerts in its first 6 years of existence. Until now, JazzyBIT has played in 9 countries, on 2 continents, participating in some of the world’s biggest jazz festivals (Jarasum International Jazz Festival in South Korea, Vilnius Mama Jazz Festival in Lithuania or Belgrade Jazz Festival in Serbia). In addition, they have played in some of the most famous jazz clubs in Europe (Reduta Jazz Club in Prague, Sunset Sunside in Paris, or Budapest Jazz Club).

Besides the jazz circuit, the band also played at some multi-genre festivals, such as the Sziget Festival in Hungary, the Exit Festival in Serbia or the Untold Festival in Romania, but also in some well-known clubs from the European circuit, like the A38 in Budapest or the Control in Bucharest.