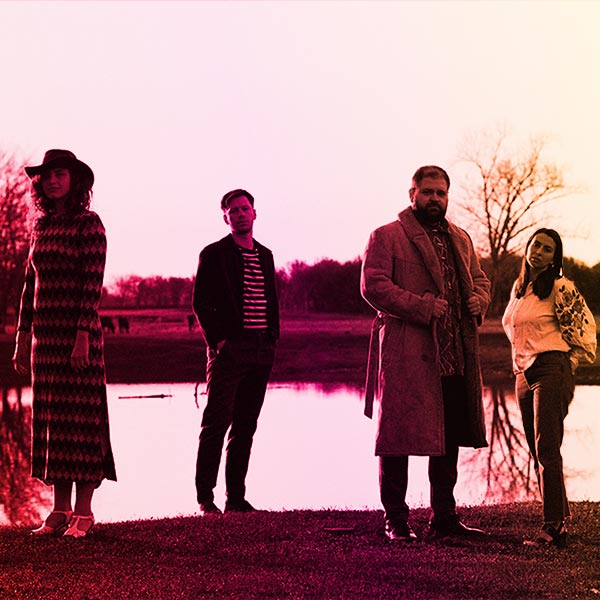 KOIKOI is a fresh name from the vibrant and ever-evolving Belgrade (Serbia) music scene that first made the rounds in 2019 with the song on a compilation by Hali Gali, a platform that brings together new generations of musicians and audience, unencumbered by genres and prejudices. The band consists of Marko Grabež, Emilija Đorđević, Ivana Miljković, and Ivan Pavlović Gizmo – a bunch of creatives from various backgrounds with a simple common goal of writing exceptional indie rock / alternative pop that fills the gap between the intimacy of the underground and mainstream glamour, a space on the Balkan music scene that’s been unoccupied for far too long. In early 2021 they joined the Moonlee Records family, where they released critically acclaimed debut album ‘Pozivi u stranu’.

KOIKOI‘s ear-catching musical expression exists at the intersection between the regional alternative music heritage and contemporary Western trends. Their debut album showcases the most exciting form of unorthodox pop, which can be simultaneously soft as silk and playfully loud, radio-friendly, and in-yer-face, but always marked by the hypnotic Balkan melos, an intertwining of ecstasy and nostalgia. Enchanting female-male harmonies with a distinctive appeal will remind you either of The XX or regional folk practices. There are several loose references – Serbian alt-rock in the tradition of Darkwood Dub and Petrol, electro-rock à la Chromatics, indie rock in the mold of DIIV, dream pop hypnagogia, and modern ethno psychedelia – but through regional perspective ‘Pozivi u stranu’ is one of a kind.

The debut full-length album by KOIKOI, a record the Balkan indie scene’s been waiting for the past decade, is a gem for all those who know that sophisticated indie-pop is the new punk.