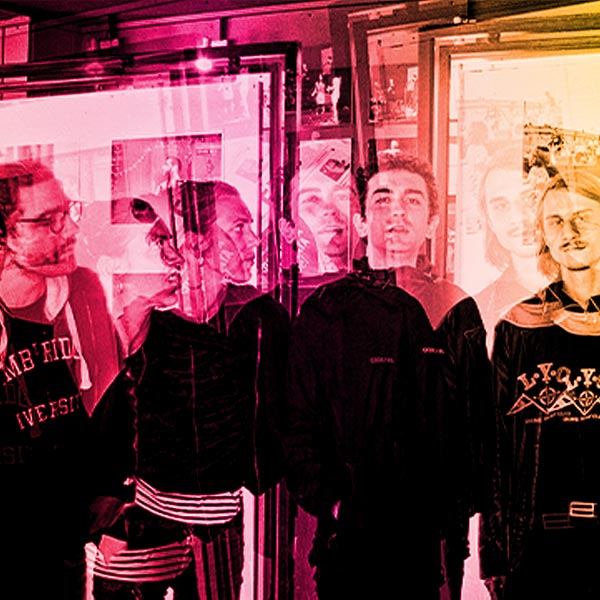 The Ljubljana-based post-punk/indie-rock band Lelee is a symbol of cross-cultural collaboration among Balkan musicians as it comprises Belgrade-born vocalist and bassist Jelena Rusjan (Borghesia, TRUS!), Macedonian guitarist and vocalist Damjan Manevski (Rush to Relax, Molokai) and Slovenian drummer Jan Kmet (balans, Kalu) and keyboardist Blaž Gracar (Blaž). As participants of Club Marathon 2020, the yearly club tour organized by Radio Študent, the band made a name for itself on the regional alternative music scene with its radiant and exciting d.i.y. indie sound and male/female singing in Macedonian and Serbian language.

Their debut ‘Čuka bije pumpa’ (Moonlee Records, Ill in the Head Records, 2021) brings forth prominent male-female harmonies à la Yo La Tengo that stay ingrained in your memory for a long time. In their songs, you can catch references to the pioneering unpolished sound of veterans, such as Dinosaur Jr. and The Pixies, contemporary indie punk ambassadors like Sweeping Promises and Uranium Club, easy-going jangle pop and Yugoslav new wave. Despite age differences between band members they share a sincere fondness for sounds from recent indie history, which they shape into a contemporary expression for the modern listener.

Lelee are champions of melodious indie songwriting with a knack for pop sensibility, smoothly delivering catchy choruses and light-hearted, sometimes nostalgic and every so often even more fierce melodies – ideal for long motorway escapades and never-ending summer wanderings. Damjan’s guitar jangles joyously, Jelena delivers bass lines that make your toes itch, and Jan makes sure that everything is tight, resulting in a perfect soundtrack for lazy afternoons in the summer garden. Lelee’s music is a kind of imaginary Adriatic indie rock that is emotive, sincere and straightforward, tailored for alternative as well as mainstream audiences looking for fresh music.