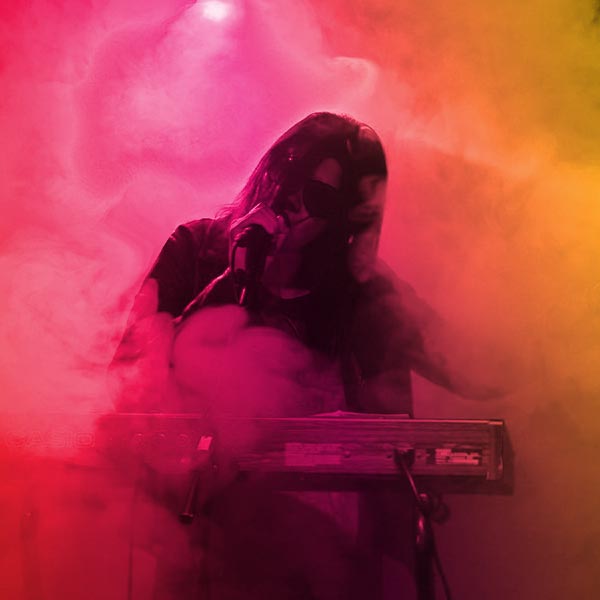 Sana Garić is an electro art-rock band from Belgrade, Serbia, fronted by Sana Garić on vocals and keyboards, Miki Ristić on bass, Tom Franklin on drums, and Dušan Ristić on guitar. As multi-dimensional artists, they combine synths, electronic percussion, and psychedelic melodies with live instruments. On stage, the band adds powerful nightclub grooves, catchy songs, and unrestrained electro-rock energy. Formed in 2016, Sana Garić released their self-titled debut boasting a signature gender-bending sound with powerful compositions seldom heard or seen in Serbia and the Balkan region. A second full-length LP Naočare za Srce was released in December 2021. In addition to their studio work, the band enjoy a lively touring career across the Balkans with major regional festival plays such as INmusic and Exit Festival. At this year’s ESNS 2022 (Eurosonic Noordeslag), the European Music Conference and Showcase Festival, which is traditionally held in Groningen, the Netherlands, the only representative of Serbia were Sana Garic.