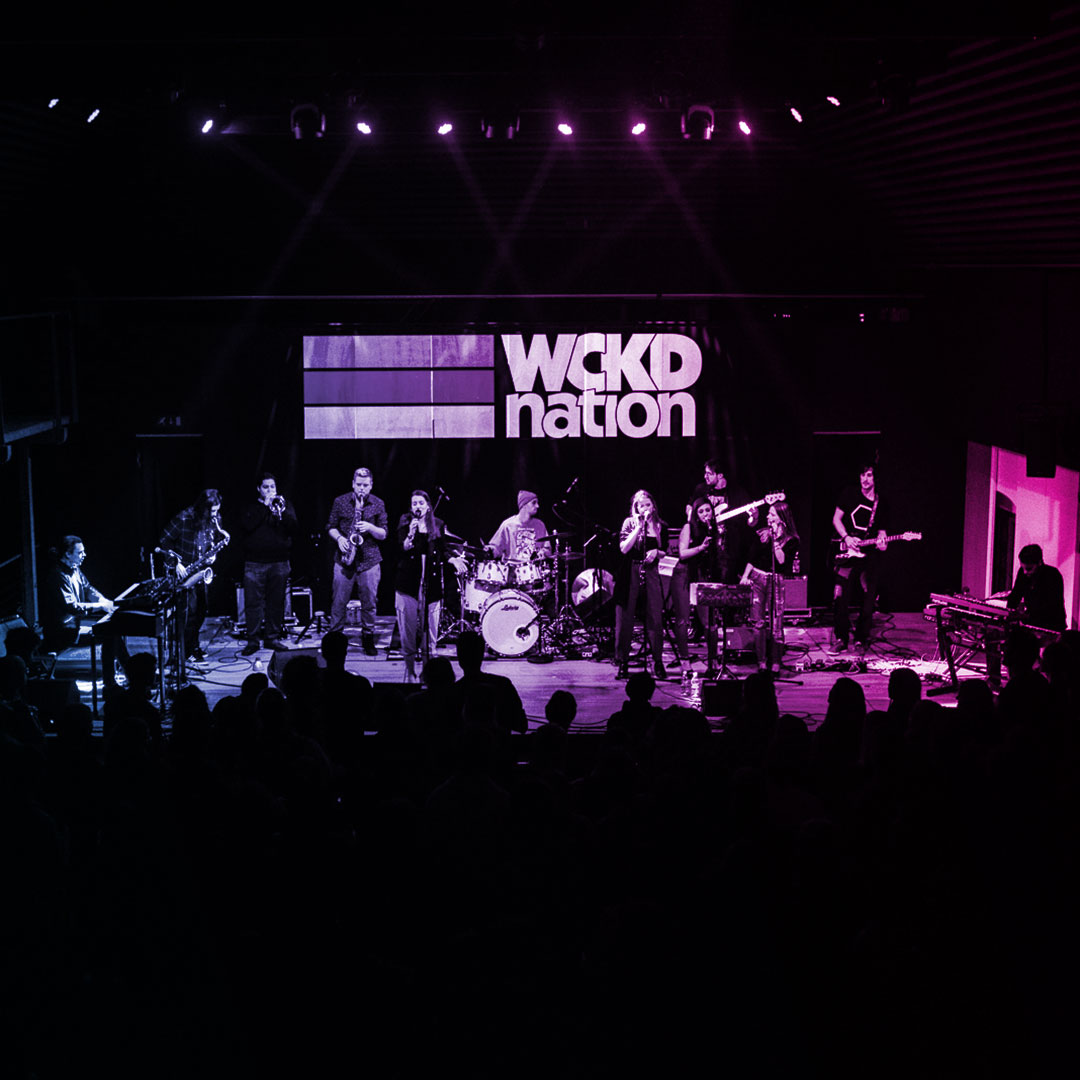 Wckd Nation is a community of musicians from Ljubljana, Slovenia, that explores new shapes and sounds of Jazz – pop. In autumn 2018, they released their debut singles Time and Troubles, which were quickly picked up by some of the leading Slovenian radio stations. After selling out headlining shows at home, the band released their third single, New Path, and completed their first international tour in the Baltics in March 2019, including a main stage performance at Tallinn Music Week. Throughout the rest of 2019, the band continued to tour in Slovenia, including a show at Festival Lent, a concert filmed by the Slovenian national broadcaster, and radio sessions across the country.

In November 2019, Wckd Nation released their fourth single, The Swan King, which peaked in the Top 5 most played songs on radio station Val202. To kick off 2020, the band has released a new single, AIRPLANE BLONDE and performed at the international showcase festival MENT in Ljubljana.

Later in spring 2020, the band had to cancel their second international tour to Austria, Slovakia and Czech Republic. Instead, the band recorded in isolation a new demo single Counting Days, which was released as a part of the Jazz ‘ma Mlade: Stereo Isolation compilation and released a debut track in Slovenian language Come Over, Come By. Come Over Come By was released as a part of the Slovenian national radio competition which Wckd Nation won.