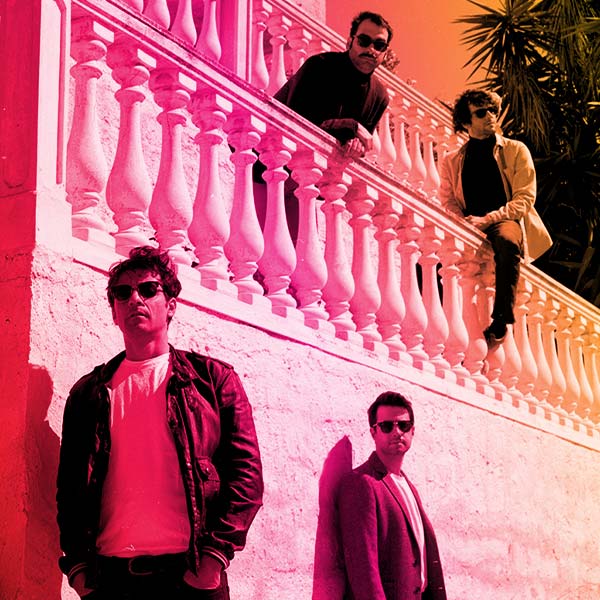 Whereswilder is a rock quartet hailing from Athens, Greece. Athenian rockers started out in 2014 with their trippy/psychedelic LP, “Yearling”. The record was one of the first European attempts of neo-psychedelic rock music and was critically acclaimed by fans of old-school 60s music. The debut’s impact was so impressive that it landed the band a spot in Rockwave Festival’s 2015 line-up alongside The Last Shadow Puppets.  “Hotshot” followed in 2016. Whereswilder’s sophomore effort, driven by classic-rock/70s singer-songwriter influences were made as a driving companion soundtrack to any traveler who needed a good rocking record to keep him rolling.

In November 2021, Whereswilder announced their comeback with “Movement In Place”, released via United We Fly. They define “Movement in Place” as a mental process where time halts, giving you the opportunity to realize what is happening around you. Through this process, the mind surpasses the frantic everyday life and allows the individual to become an observer, an interpreter, and –sometimes- he is brought against small moment of epiphanies; that could change the way one perceives themselves but at the same time everyone in their surroundings.

In this new album, Whereswilder draw inspiration from the musical diversity of the ‘70s. Elements of genres such as soft rock, soul, funk, and singer-songwriter, are skillfully combined in 13 new compositions, each  describing a daily story of how “Movement In Place” can happen to someone.

Whereswilder has performed in numerous major festivals, toured around Europe, and shared the stage with some of the best Greek live acts.