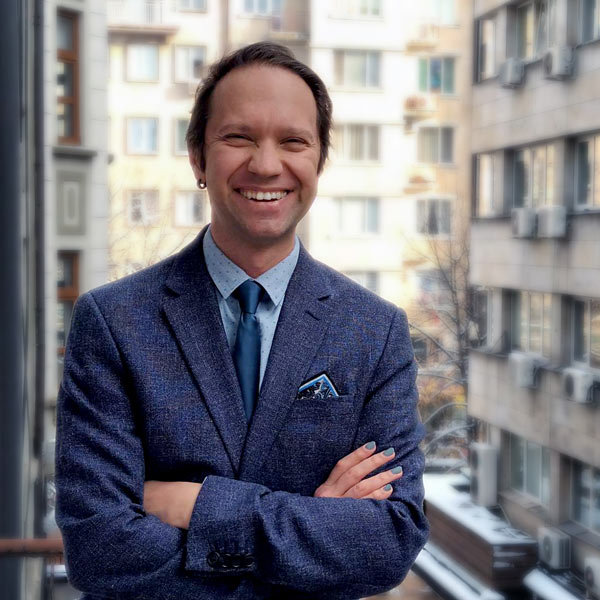 Boyan started his musical career as the guitarist in the band who drove the van, booked the hotels, and took care of settlements.

Boyan holds degrees in Spanish and French languages from the University of Houston, TX as well as an MA in Arts Administration from Indiana University Bloomington. He joined the Lotus World Music and Arts Festival as a backline manager and worked his way into a full-fledged member of the production team, in charge of artist relations and logistics.

In 2017, Boyan became a freelancer and started booking and managing local artists under the brand PanHarmony. He also got involved in music export initiatives and was instrumental in presenting the first Bulgarian artists at Glastonbury Festival.

Pan Harmony, in cooperation with Blue Hills Events, held the only international shows in Bulgaria in 2020, at the Antique Theater, Plovdiv.

Boyan is the founder of the Sofia International Music Conference (SIMC), which generated over 20 hours of music industry content in its first “season.” Changing its name to Spike – Bulgarian Music Showcase – the showcase and conference will be held May 26-28, 2022 in Plovdiv.

Boyan is still an active musician, playing and recording in a variety of styles – from heavy metal to swing. He is also an amateur mixologist and passionate about cooking and healthy eating.

In early May, 2022 Boyan will obtain his Law degree from the BPP University London.