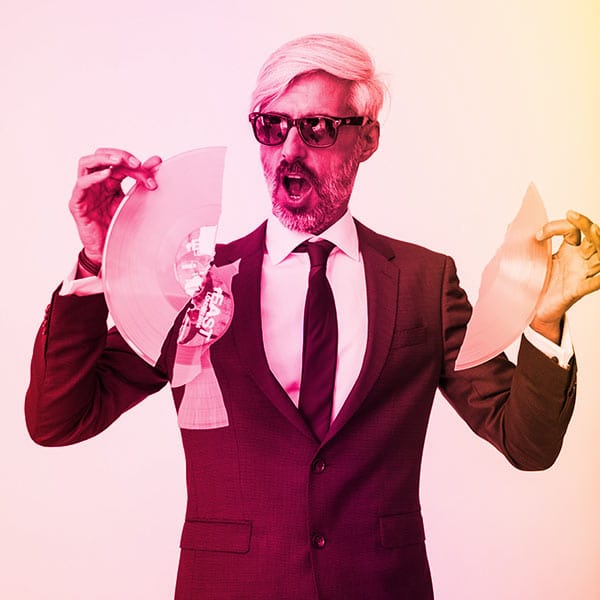 In the early 90s, I started frequenting the classes of an alternative acting school. It was founded by the same professors that had previously built a similar teaching form in Germany, Freiburg. Later, I obtained the “institutionalized” license in acting arts from the Targu Mures Theatrical Arts University.
Starting 1995, the radio appeared in my professional equation – Minisat Radio Targoviste – which I manage to squeeze in among  rehearsals, performances and theater tours.
Once Radio Guerrilla was invented, in 2004, I enrolled together with the others that fight against alienation through the media. It’s been 25 years since I bowed only to the radio. Daily.