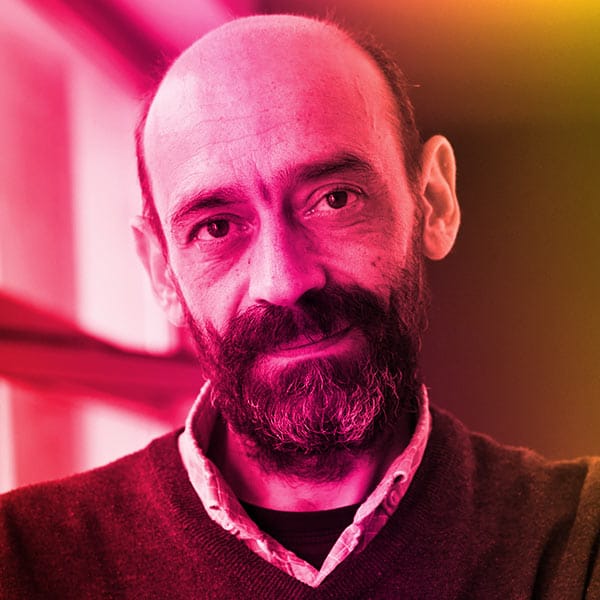 Toni Dimkov is a professional journalist with 30 years of experience and work in several electronic and print media in Macedonia, including ten years of work in the public broadcasting service Macedonian Television. He also worked in the weekly magazines Gragjanski, Globus, Forum, as well as in the monthly Life Magazine.

He also collaborated with the daily newspapers Dnevnik and Utrinski Vesnik, and since 2019 he has been working in the most widely circulated daily newspaper Sloboden Pecat (Free Press), where he write and edits the cultural article Kulturen Pecat (Cultural Press). His field of work is all areas of culture, with special emphasis on film, theater, literature, painting, the independent art scene and music. I

n addition to his journalistic work, he has so far published two books with 47 interviews with important figures in the field of art in Macedonia.