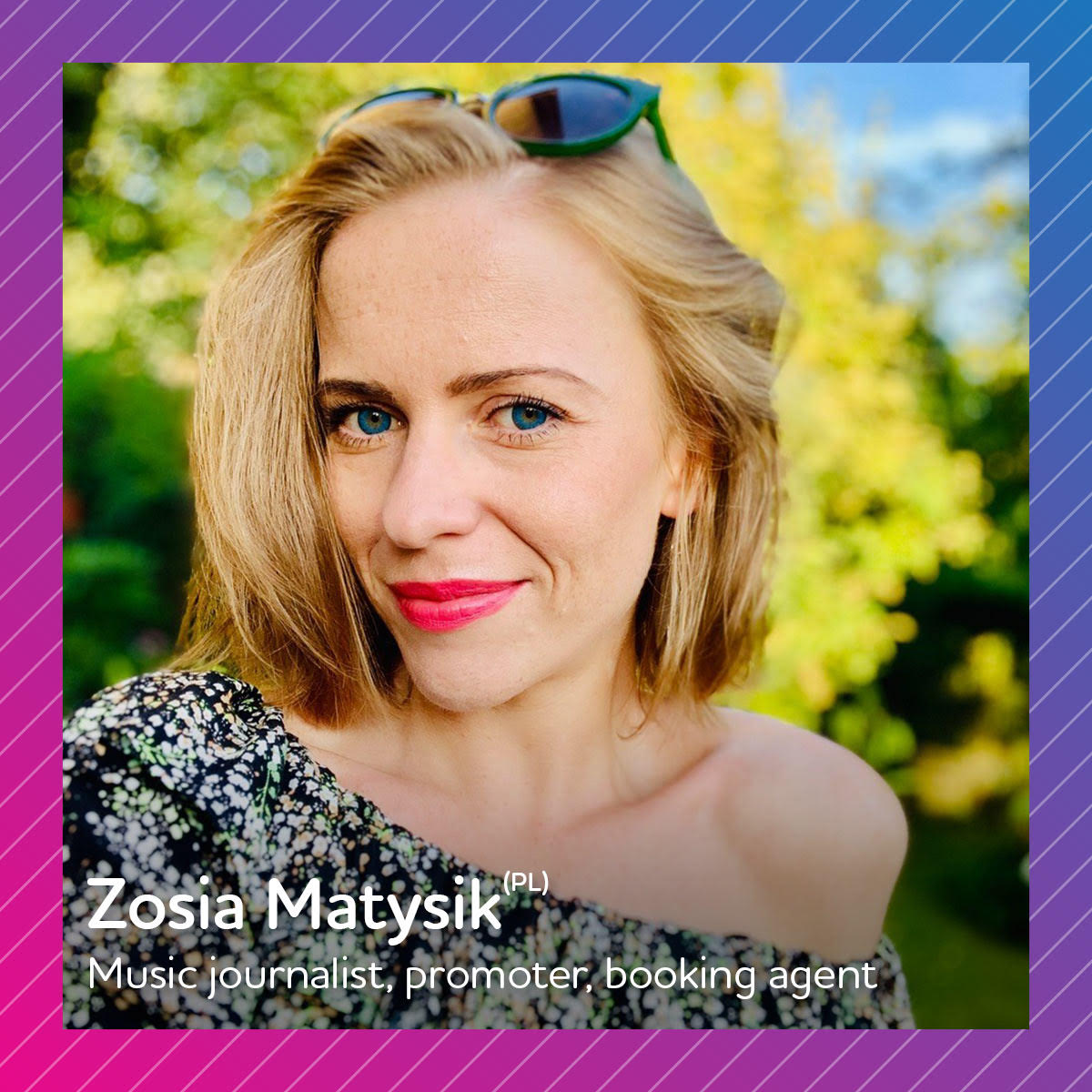 Zosia is co-owner of Delta Booking and Publishing agency, one of Poland’s longest-operating promoters of American music, like Blues, Roots, and Americana. Its roster includes a vast variety of musicians amongst whom are Grammy-nominated artists: Joe Bonamassa, Beth Hart, Kenny Wayne Shepherd, Southern Avenue, The Record Company, and many others. For more than two decades the agency has been booking over a hundred shows each year bringing genuine American sound to Poland, Czechia, Slovakia, Austria, Germany, Lithuania, Hungary, and helping programme and produce various musical events.

Outside the Agency Zosia has been frequently freelancing for production departments of major festivals like Open’er, Kraków Live, Tauron Nowa Muzyka, OFF, and others. She’s also maintained a freelance relationship with the Kraków Festival Office where she’s been repeatedly a part of their production and hospitality logistic team of Film Music Festival, Sacrum Profanum, Misteria Paschalia, and Wianki, to name a few.

Zosia’s been also proud of her activity as a music journalist where she has earned multiple awards for her writing and photography. She was a co-host of a cultural programme on Polish National Television in Katowice and for the past three years, she’s been hosting a weekly all genres radio show “Kobiety Mają Głos” focusing entirely on women in music and promoting female empowerment through art.

Last but not least, faced with the dramatically changing reality of the live music scene in the spring of 2020 she took on a new professional career and has become a graphic layout designer for “Twój Blues Quarterly”, Poland’s only magazine devoted entirely to blues music – a challenge that has since become a new and exciting addition to her many activities.