After 6 fruitful months of collaboration, meetings and networking sessions, 6 enlightening workshops, 9 amazing showcase events and 49 successful mentoring sessions, the time for the big announcement has come.

A total prize value of € 6,000 per winner will cover the costs for content creation, promo campaigns, participation to selected music conferences, and all expenses for touring to international festivals and showcase events!

Let’ s take a minute to appreciate all the artists and managers, for their commitment, punctuality, and collaborative spirit. We couldn’t have pulled this off without you! 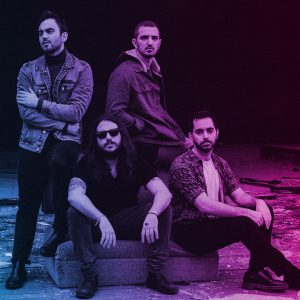 Deaf Radio is a desert/alternative rock band formed in Athens, Greece, in 2015. Their debut album, “Alarm”, was released in 2017 to critical acclaim. As chief proponents of hard rock and grievous genre assault, the band has been hailed as one of the most exciting alt-rock bands to emerge from Greece in recent memory. 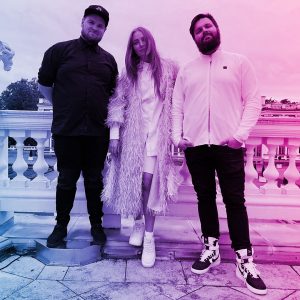 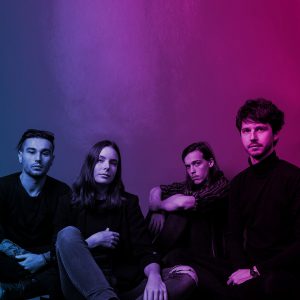 Koala Voice are a Slovenian, indie rock, disco punk band formed in 2010. With their energetic stage performances, they have been, from the very beginning, attracting both younger and older audiences. In 2017 they opened the show for Pixies and happily checked that of their bucket list. The band appeared at several major music festivals such as: Pohoda, Inmusic, Exit, Liverpool Soundcity, Eurosonic and Ment.

The future looks brighter than the sun. Can’t wait to watch them take their next steps and spread their wings and fly over the HEMIsphere and beyond! Stay tuned for the sequel!

HEMI Music Awards (HMA) is a talent program for artists who are ready to develop an international career and who aim to reach new markets and audiences. HMA is organized by the Hub for the Exchange of Music Innovation (HEMI), a European initiative aiming to support artists and music business professionals from Czech Republic, Estonia, Greece, Hungary, North Macedonia, Poland, Romania, Serbia, and Slovenia.

HEMI is a project is co-funded by the Creative Europe Programme of the European Union.

On Wednesday 27 of January, HEMI partners met with the 27 artists nominees of the first Phase of the HEMI MUSIC AWARDS. You can discover all these talented artists from Central & Southeastern Europe in the short footage of our zoom session here bellow!

We look forward to meeting them again in the next sessions when we’ll start feeding them with useful information about our markets and other important topics for any music entrepreneur!

The HEMI Music Awards 2021 have secured the support of 18 distinguished Media Partners from the 9 HEMI countries.

It’s all about the music, we all know that! However, publicity is also key, if a musician or a band want to reach their audience! That’s why the HEMI Music Awards have partnered with 18 music magazines, radio stations and music portals from every country participating in the program, to ensure the all-important media coverage and dedicated communication. Whether mainstream or cutting-edge, these diverse voices reflect the life and sounds of Central and South-Eastern Europe today. We are honored to present them all here, by country:

MUSIC SERVER  One of the biggest music websites in the Czech Republic covering the music scene no matter the genre, with approx. 2,000 visitors per day.

RAADIO 2   R2 is an Estonian radio station which belongs to Estonian National Broadcasting. It focuses on new Estonian music and aims at broadening the listener’s musical horizons.

AVOPOLIS.GR  is the first Greek music portal with 24 years of life and the most popular music site. Strictly original content from the music industry, with exclusive photo & video material.

LIFO is one of the strongest media brands among all categories and one of the most influential news media in Greece, with an influential and loyal community of readers.

LIFO.gr has been, since the first days of its operation, a digital phenomenon that combines high quality originality with extremely high traffic, offering valid and independent information, entertainment, views, culture and innovation.

Phenomenon magazine was launched in 2010 as an independent online cultural portal for young people, and has secured a stable position since the start in the 18-28 age group. Its main content line is music, along with articles on strong fashion, design and cultural themes.

Trend FM This news radio station broadcasts from Budapest offering all the current news with a strong focus on economy,  culture, and entertainment.

RADIO MOF  Radio MOF is the first internet and youth radio in N. Macedonia, producing and sharing informative and musical content. Lead by the fact that the media space for youth is limited, this medium is an open platform for promotion of the youth cultural and creative society.

ANTYRADIO  The major and longest existing rock radio station in Poland. It uses 16 broadcast transmitters that cover the largest cities in Poland. It is famous for its uncompromising approach to the existing reality and strong personalities performing on the air.

CGM.PL The largest, independent music service on the Polish market since 1999, CGM presents information both from Poland and abroad, covering practically all music genres. It is countless, opinion-forming author’s materials, such as reviews, essays, or photo reports from the biggest concerts and festivals in the country.

INFOMUSIC  An important music portal in Romania, featuring all the local and international music news, reviews, interviews and latest videos.

RADIO GUERRILLA During its 16 years on the air, this radio station has launched more than 30 campaigns, designed to build and raise culture, consciousness and politeness levels in their home country. The Radio Guerrilla community is everywhere the listeners are. Always with fine humor, sour controversy and subtle irony, with discussions about actual and hot topics, with the desire to change for the better all the things that are going wrong.

BALKANROCK   is a regional web magazine-type portal, founded in 2007 with a clear vision to establish itself as a meeting place of all the lovers of rock and roll, metal, punk and alternative music in the region (Serbia, Croatia, Bosnia and Herzegovina, Slovenia, Montenegro, FYROM).

Radio Belgrade1  A radio station of the public media institution Radio-Television of Serbia, which aims to inform, educate and entertain, but also represents an institution that has a special role in the social, cultural and political life of Serbia.

ODZVEN WEB MUSIC MAGAZINE Odzven is a music webzine, produced by SIGIC – the Slovenian Music Information Centre. It covers all musical genres and includes music reviews, interviews, essays and columns. Odzven collaborates with more than 20 Slovenian music journalists, from young and emerging ones to the most renowned music publicists in Slovenia.

RADIO TERMINAL  is the first Slovene web radio station featuring exciting new music, music news, podcasts, reviews, and other stories related to the music presented on the radio.
Radio Terminal was established in 2011 with the intention of showcasing new and urban music in an interactive way. The radio provides its listeners with contemporary music and explores its current trends produced by local and foreign artists.

For all the details and to apply for the HEMI Music Awards, visit: https://hemimusichub.com/awards/

HEMI Music Awards 2021 is proud to have secured the participation of an international Jury of Experts from the 9 HEMI countries.

In charge of all phases of the selection of candidates is a Jury of 27 members, each one an important voice in the music industry in the region: Industry professionals, Festival organizers, Promoters, Export Office Executives, Venue managers and Music journalists will come together to offer their valuable expertise and choose the winners! It’s time to turn the spotlight to our distinguished jury!

Machán-Csetvei Frigyes aka Nesta, concert and gig organizer, program editor and presenter at TrendFM 94.2 in Budapest.

András Hering is the editor-in-chief of the online magazine Phenomenon.

Katarina Epstajn, Editor-in-Chief of the Thematic Channels of Radio Belgrade.

Find all the information and apply for the HEMI Music Awards, at: https://hemimusichub.com/awards/

We are proud to announce the first HEMI MUSIC AWARDS! We are currently accepting applications for the HMAs 2021! Submissions until December 23, 2020, Here is the full press release!

Are you an artist? Feelin’ Export-Ready? Apply now!

Be part of this annual talent program, and get the chance to earn personalized support by International Music Industry experts, together with networking and touring activities to help you break through the borders and conquer new audiences at 10 leading music conferences and festivals around Europe.
HEMI Music Awards (HMA) is a talent program for artists who are ready to develop an international career and who aim to reach new markets and audiences. HMA is organized by the Hub for the Exchange of Music Innovation (HEMI), a European initiative aiming to support artists and music business professionals from Czech Republic, Estonia, Greece, Hungary, North Macedonia, Poland, Romania, Serbia, and Slovenia.
The selection will be done by an international Jury of 27 members, which include festival organizers, promoters, export-office managers, venue managers, and music journalists, while all applicants will benefit from publicity by 18 media partners from the 9 HEMI countries.
HEMI Music Awards 2021 offers prize packages with a total worth of €36,000 through several activities which combine theory, practice and the opportunity for a real life experience! Program packages include tailor made business consultancy, export packs, professional matchmaking, promo support and live touring!
Applicants must be solo artists or bands over 18 years old, living in one of the HEMI countries. The deadline for submissions is Wednesday the 23rd of December 2020 at 23.59 CET. Competition is open to any music genre and admission is free.
All it takes is to fill in the application form: https://hemimusichub.com/awards/

About HEMI
The Hub for the Exchange of Music Innovation (HEMI) is an initiative of 10 music organizations from Central and South Eastern Europe (CSEE), co-funded by the Creative Europe Programme of the European Union for 4 years (2020-23).
Developed as a Cluster, the partnership includes Public and Private organizations, Associations, Festival and Conference Organizers, Export Offices and a Music Business school.
The HEMI vision is to create a sustainable “Music Hub”, aiming to develop innovative business models, co-produce and co-promote new events / products, create an Incubator for music professionals, and support artists to meet current market needs.

HEMI Music Award will be a talent programme for artists seeking professional support to help them break the frontiers, reach new audiences and develop international career.

The HEMI Music Award (HMA) activities will combine theory, practice and most of all, real life experiences, providing support through different packages of a total budget worth €36.000!

The process of selection will be developed in 3 phases:

Phase 1: Preselection of 3 nominees from each country

This phase will be about checking applicants’ data and eligibility criteria’s, leading to a preselection of 3 nominees per country (27 in total).  Jury members will evaluate the nominees through networking and training sessions. The objective will be to help artists identify skills and competencies they need towards the development of their international career.

In this phase, Jury will reduce the 3 nominees to 1 nominee per country, leading to a pool of 9 international nominees. These nominees will go through specialized training and receiving Tailor Made Business Consultancy on topics they need to break the frontiers! All nominees will participate to an international live music event, which will lead to the final phase of the programme.

The final phase of the programme where the Jury will select 3 finalists and winners of the HEMI Music Award 2021. The announcement will be made during a special event mid-May.

HEMI MUSIC AWARD is organized by the Hub for the Exchange of the Music Innovation (HEMI) a project co-funded by the creative Europe Programme of the European Union.