HEMI partners  & artists will check in at this year’s PIN Music Conference & Showcase!

The programme for PIN 2022 is now announced with a rich agenda, including a series of HEMI activities and sessions.

Among 30 music performers from all around Europe, 6 HMA artists, some of whom have been nominated in Hemi Music Awards 2022 and 2021: AIKO (CZ),  Deva (HU), KOIKOI (RS), Pantaloons (SI), Puuluup (EE), Zimbru (RO),  Lufthansa (MK), LeLee (SL)
Zulu 3.4 will also be part of PIN at the Listening Session on 26.11 at MKC and Damjan Danevski from the group will be part of the panel Creativity vs. Bureaucracy.

Georges Perot & Michal Wojcik will join the panels on  Creativity Vs Bureaucracy and The Modern Family .

During this packed programme, the HMA 2022 winner will be announced and open the showcase of the evening on 25th of November.

The Macedonian PIN Music Conference & Showcase has been adorned with a meaningful prize in England, awarded by the leading European festival for new music “The Great Escape”. With this huge recognition, we are honored to announce that PIN conference is the current winner in the category for “Best New Event” at the Yearly Music Convention Awards (YMCA) which were presented at the famous “Great Escape” in Brighton. “PIN is a very well-organized event with a good quality of acts in a great venue in a really nice city. The strong regional/international component at PIN is also a major plus”, stated on this occasion Martin Elbourne, the creative director and co-founder of “The Great Escape”, who had been one of the delegates at previous editions of the conference.

Given this title, the new edition of PIN becomes a celebratory edition and will be held from the 24th until the 26th of November at the Youth Cultural Center in Skopje.

PIN is the first and still the only international music conference in Macedonia which began to write its story in 2012 and, as a regular part of the TAKSIRAT festival programme, grew into the most significant event on the Balkan region of its kind and now it’s officially recognized by the leading stakeholders of the European music industry. The concept of this event includes an exceptionally rich three-day programme that’s divided in daily panel-programmes (conferences) and evening music programmes (showcase). With this kind of concept, in one place PIN unites all the stakeholders, professionals and music/music industry lovers, experts, artists, performers, journalists, cultural actors, promoters, managers, agents… 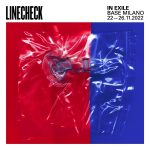 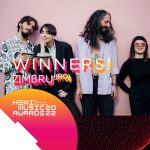